Another week done; skating right into Labor Day...right into the dreaded time of year....school buses on the road time.  I am so sad.  When the school buses come, they add about 10 minutes to my already too long of a commute!  Feel bad for me.  WAIT!  You are probably wondering how all the projects went last weekend.  WELL, I will tell you!  They went great.  Turned out awesome.  My parents came over on Saturday morning around 10AM and Mom didn't leave until Sunday at 6:15PM.  My dad was up on this totally vertical extension ladder so that he could paint as high as possible on the chimney and then I painted the very bottom of the house (so like up to 6 feet from the bottom) which was a total pain because we have like rose bushes and holly bushes and all types of other bushes that are pretty close to the house and poke you in places that you'd prfer not to be poked.  Matt did all of the mid-ladder work for the whole house.  Mom was up on the extension ladder all day Saturday.  After Dad finished the chimney, he was in charge of priming all the shutters, and once he was done that, he joined me and mom on the rest of the extension ladder work.  On Sunday, Mom and Matt painted all the shutters that had been primed and hung the shutters as well once they dried.  I finished the last of the white wash on the extension ladder and then I primed and painted the front door and all the trim (which took SO long even though it was such a small amount of space).  I didn't use any painters tape because I hate how it leaves not a totally clean edge...so instead of taping, I used straight edge razors on the glass when I was finished.  IT LOOKS LIKE A TOTALLY DIFFERENT HOUSE!  And you were right last week when you told me that we wouldn't finish everything, because we didn't.  BUT...we got pretty close.  Our extension ladder didn't reach as high as we needed it to so that we could finish the brick where the roof makes a point (or the chimney...), so our friend Fireman Rick is coming to finish that today with Matt.  SO, hopefully when I get home, the whitewashing is finished!  I also had to buy white paint today so that I can paint the stucco that is by the front door since it's kind of yellowy and doesn't match the white brick now.  We also have to paint the garage doors, and Mom is coming over on Sunday to help me finish those!  I can't wait!!!  Now to pick out all the landscaping stuff we want to install... 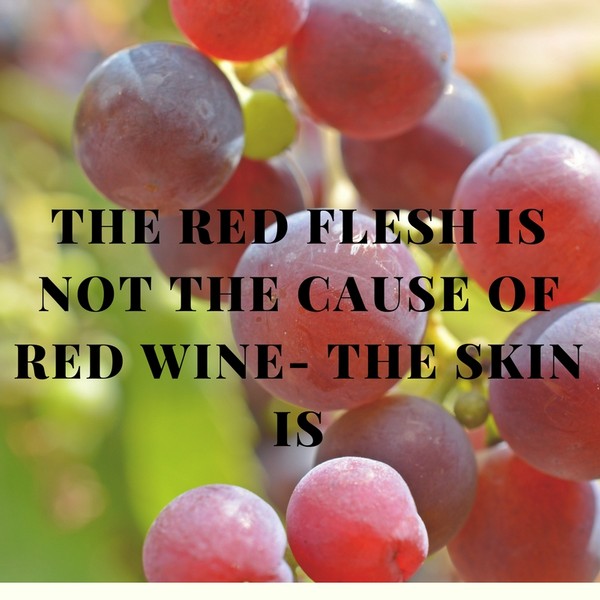 If you are not a winemaker or a sommelier, you may not have known this.  The flesh of a red grape is the same exact color as the flesh of a white grape!  The way that red wines turn red is that during primary fermentation, the flesh of the grape is allowed prolonged contact with the red skin of the grape.  That's how the juice extracts that dark purple hue! 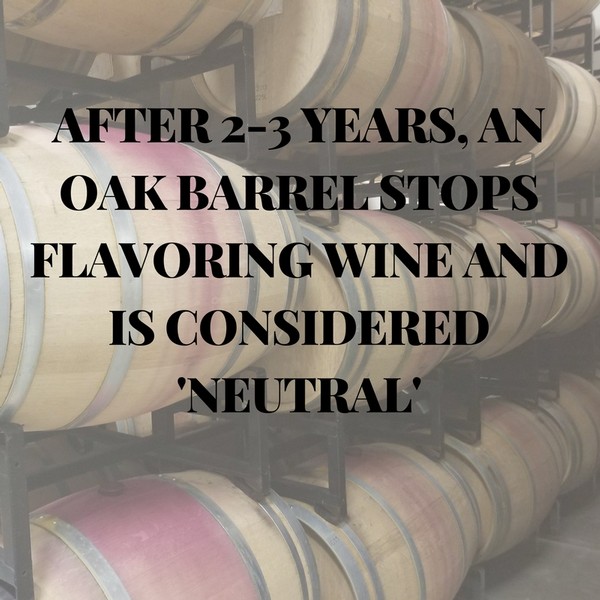 Oak barrels cost between $450 and $1200 depending on the variety of oak (French is the most expensive that we use).  EACH year, we have to buy new barrels because an oak barrel's oak flavor decreases exponentially year over year.  After the third use of the barrel, it is considered a neutral aging vessel.  You can use the oak barrels for as long as you keep them clean; but they will no longer add any 'oakiness' to the wine (hence, why every year we have to buy about 25% more new oak barrels).  $$$$$$$$$$$$ 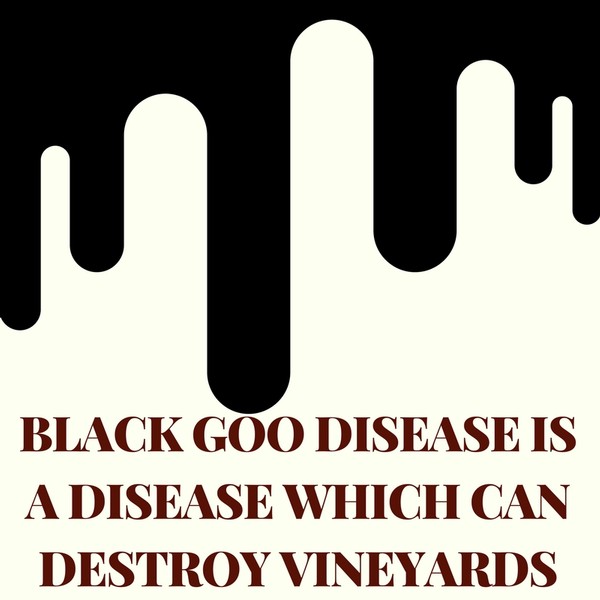 Remember the vineyard consultant that architected our vineyard?  Her name is Lucie Morton (in case you forgot).  Lucie is a top viticulturist in the United States and Lucie found AND named this disease.  It's a type of fungus that is detrimental to vineyards.  I just love that it's called The Black Goo disease.  It sounds like a horror film from like the 50's...like THE BLOB!  Say a little prayer that we NEVER see the BLACK GOO here at Karamoor... 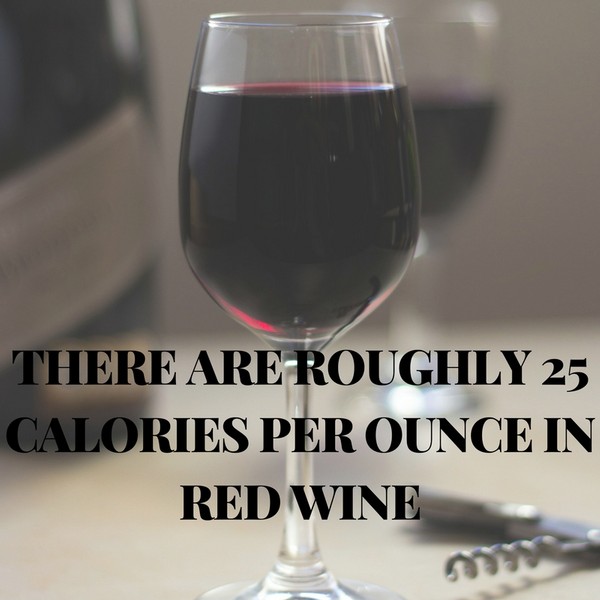 That means that you can drink a whole bottle for only 625 calories!  Karamoor's red wines and Chardonnay are 100% dry (meaning all sugar has been fermented out), so they are pretty low in carbs too! 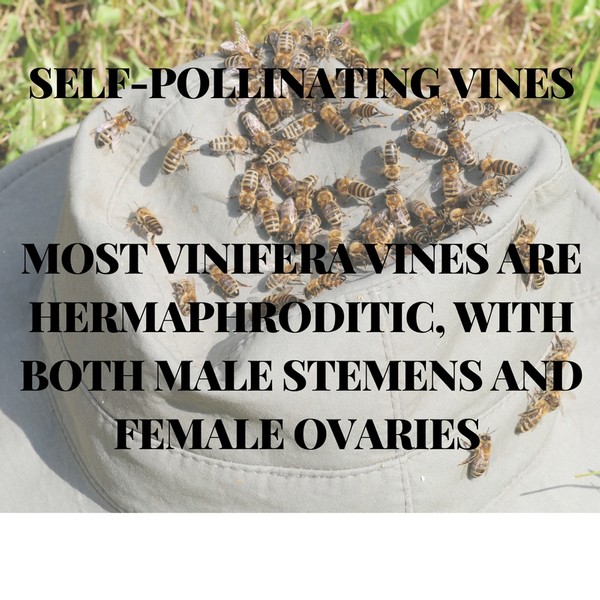 This means that we don't have to leave things up to chance!  We don't have to do a little bee or bug or hummingbird dance to make sure that the flowers get polinated so that we can have some grapes on the vines. 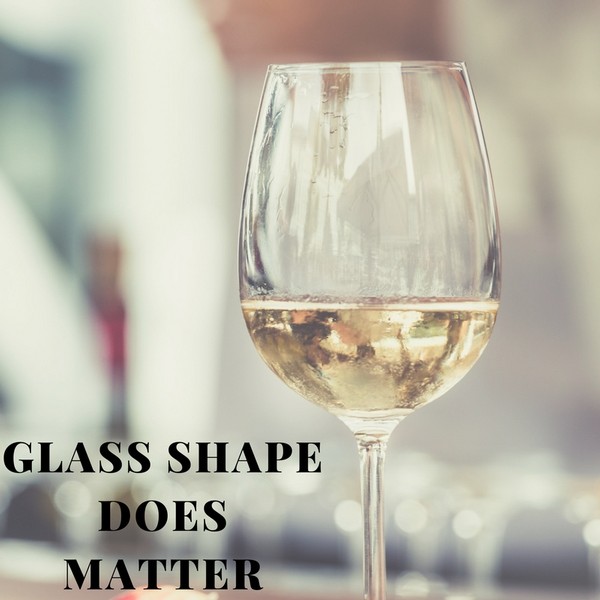 The shape of a glass DOES in fact matter.  The shape of the glass is not going to help change a bad wine to a good wine...but when you are drinking wine you want to enjoy it to the fullest!  The way that you enjoy it to the fullest is you get the most out of both; taste and smell.  The larger bowl of the glass helps red wines to open (which is why red wine glasses are wider than white wine glasses), and they also have a larger rim (though still slightly fluted) so help blow off some of the ethanol (since reds are usually higher in alcohol than whites), so that the aromas can be enjoyed.  White wine glasses typically have a much smaller bowl (because they don't need to open up), and they typically have a smaller rim because their aromas are more delicate than those of reds.  Champagne should really, always be served in a flute (instead of those cute coupes) because it makes the bubbles last longer!  Who wants to drink a flat champs?! 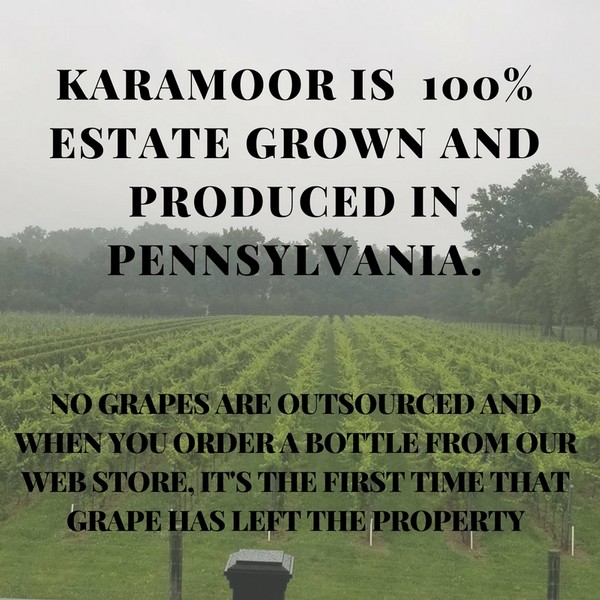 Shameless Karamoor plug!  We are 100% grown, produced, bottled, labeled, and stored right here in Fort Washington!  The truest expression of the finest wines that Montgomery County has to offer... 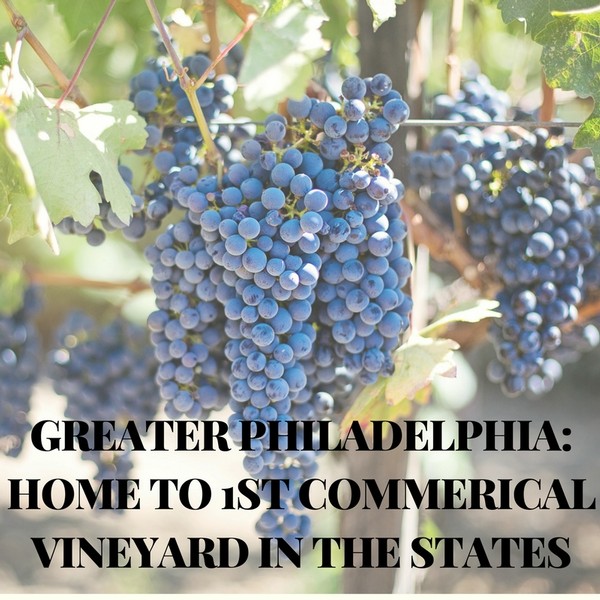 The first commercial vineyard in the United States of America was located in the Greater Philadelphia region and was established by Peter Legaux in 1793! 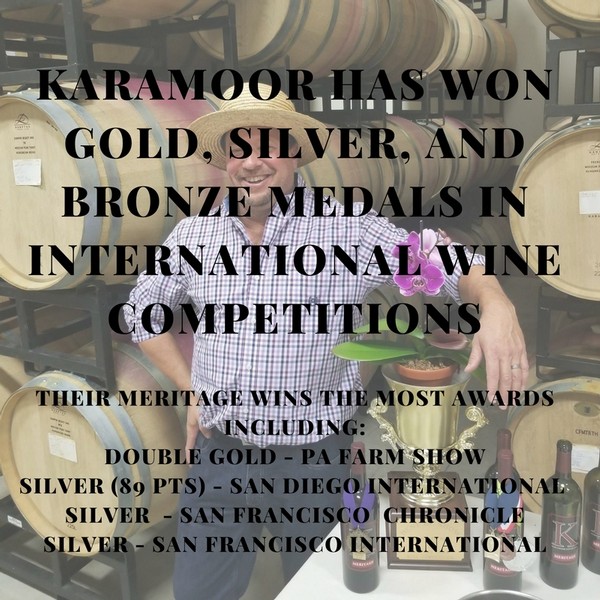 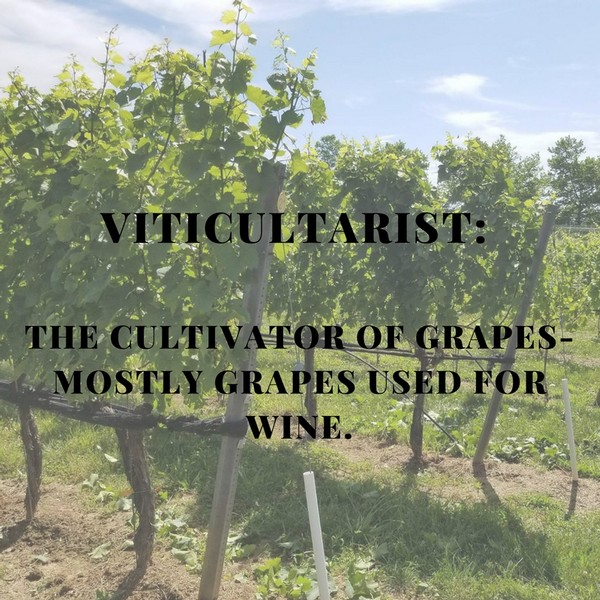 Doctor is to humans what a Viticulturist is to grape vines.  We'd be lost without our viticulture team here at Karamoor!  Thanks Joe and Casey! 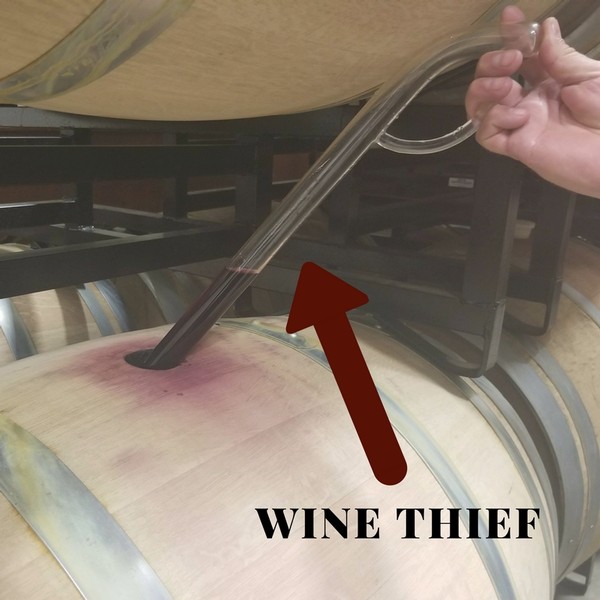 Have you ever wondered how you get wine out of a barrel without having to dump the barrel upside down?  (or use a pump...)  WONDER NO MORE!  This handy little contraption is made of glass and has a hole in the glass up by the handle, thus allowing air to escape as the wand fills with wine.  Once you've got enough wine in the thief (which for me is at the very top...), you put your thumb over the hole and voila!  You are ready to fill your glass...ahem...I mean...go run some tests. 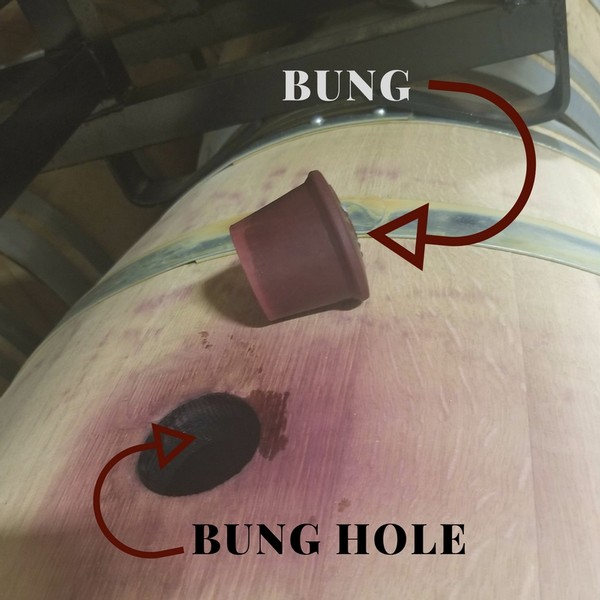 Lol.  My sophmoric sense of humor makes me laugh every single time I say this....or when anyone says this. 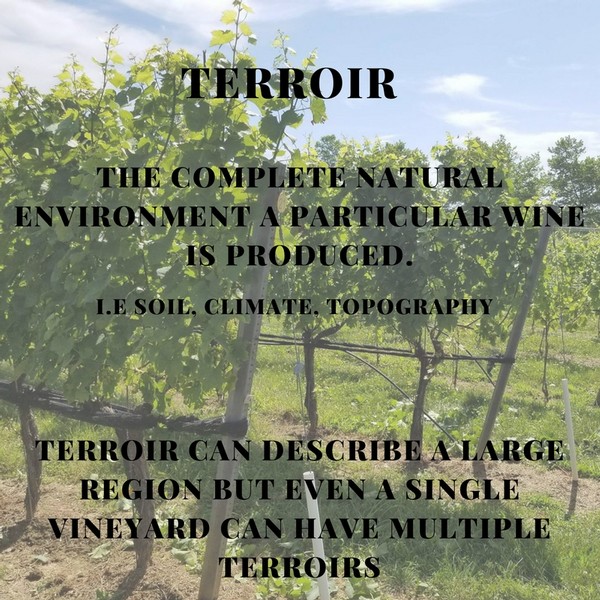 ALSO, Terrior can impart all different types of flavors in the wine! 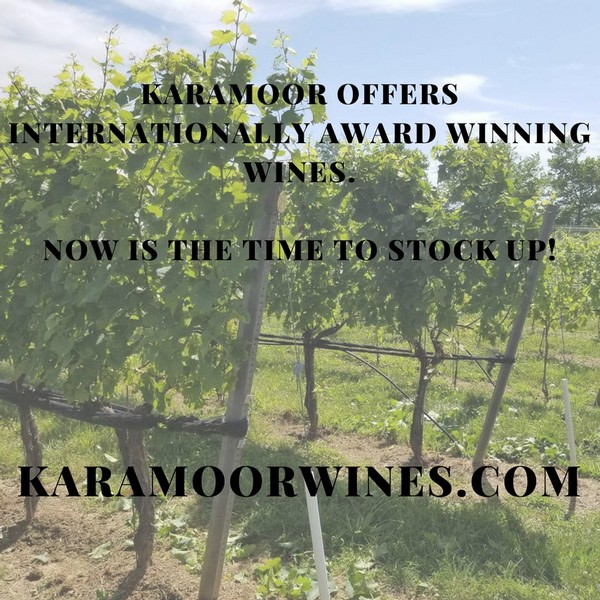 ANOTHER shameless plug!  Cases of our 2014 signature wines are 50% off!

Commenting has been turned off.